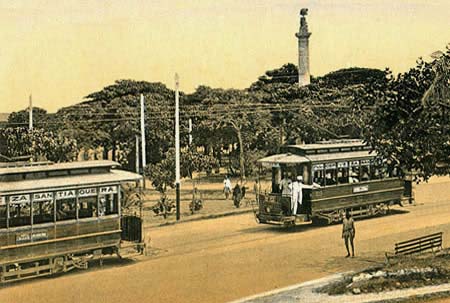 Born in Santiago de Cuba, Eldis started his musical education at the age of seven and graduated at the Conservatory Esteban Salas and the Escuela Profesional de Música (Saxophone and Percussion). He played in numerous Cuban bands (Edición Sonera, Los Kinnin, La Orquesta del Cabaret Tropicana) and was a member of the Brass Band of Santiago de Cuba, the oldest cultural institution in the city. In Havana he taught at the Escuela Nacional de Artes (ENA) and worked as musical arranger for the renowned Saxophon Quartet HabanaSax.

In the late nineties he moves to Vienna where he has been working for almost twenty years as a musician and arranger in a wide range of musical styles and with numerous artists including among others Heavy Tuba, Doretta Carter, Martin Lubenov and Otto Lechner.

Besides touring live, he has recorded many studio albums and for his children project Parampampin he received the Cubadisco price for the best CD in the category Children’s Music He was also guest of honor of the Radio & TV Orchestra and the Symphony Orchestra of Poland Warsaw.

Eldis is in great demand as saxophone and percussion instructor and has given workshops at several prestigious music institutions such as the Jazz Summer Academy in Krakow.